The York Revolution announced the signing of LHP Pat McCoy on Friday morning.  McCoy arrived in York the day before and made his signing official in time to join the team on its weekend trip to New Britain. END_OF_DOCUMENT_TOKEN_TO_BE_REPLACED

The York Revolution have significantly improved the team’s depth heading into Tuesday night’s opener against the Somerset Patriots, as Jose Cuevas and Melky Mesa have both been activated from the Disabled List and are in the starting lineup.  The Revs also added right-handed pitchers Grant Sides and Tyler Cravy over the weekend. END_OF_DOCUMENT_TOKEN_TO_BE_REPLACED 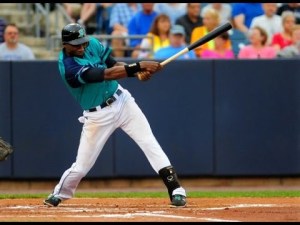 The York Revolution have made a pair of moves to bolster the lineup in advance of Tuesday’s series opener at Southern Maryland.  The first is activating Alexi Casilla who was forced to exit Friday’s game in the third inning (ankle).  That obviously helps.  The second is one that no one saw coming as York has signed former Atlantic League Player of the Year, Welington Dotel to its outfield. END_OF_DOCUMENT_TOKEN_TO_BE_REPLACED