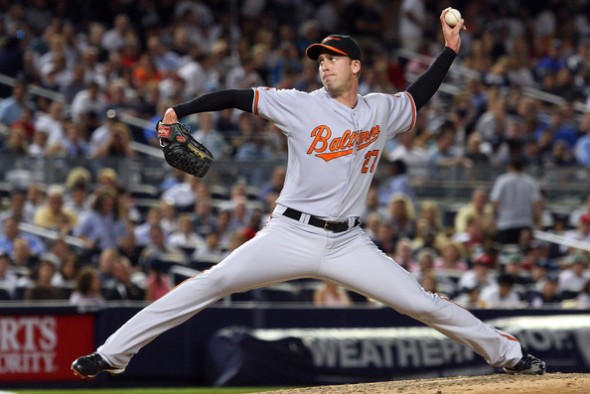 The York Revolution has announced the signing of pitcher Mark Hendrickson to the 2014 pre-season roster. The 39-year-old southpaw is a veteran of 328 Major League games, and 166 big league starts with the Blue Jays, Rays, Dodgers, Marlins and Orioles.

Despite his significant starting experience, Hendrickson will likely come out of the Revolution bullpen, with spot-starting duty a possibility. He last played in the Majors with Baltimore from 2009 to 2011. Hendrickson has been used by each of his organizations as a hybrid starter/reliever. Last season he re-upped with the Orioles, appearing out of Triple-A Norfolk’s bullpen for 40 games.

END_OF_DOCUMENT_TOKEN_TO_BE_REPLACED

Ian Thomas…coming to a seaboard near you 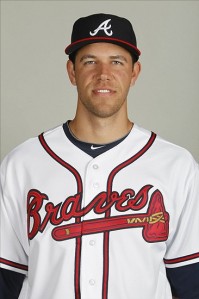 Atlanta is roughly 700 miles from York.  But thanks to the timeless invention of road games, Ian Thomas will be traveling to a ballpark near you as the latest Revolution alum in the Major Leagues.  Obviously we hope he is in the Majors all season and doesn’t get sent down to Triple-A, making all of these potential dates road trip opportunities to see him play, or at least see him in uniform.  Conveniently, Atlanta is in Washington the first weekend of the season, and in Philadelphia a week and a half later, as Thomas will hit each spot closest to York before the Revolution’s season starts on April 24.  Here are the games the Braves play this season at either Philadelphia, Washington, Pittsburgh and New York.  At minimum, bookmark them for TV watching: 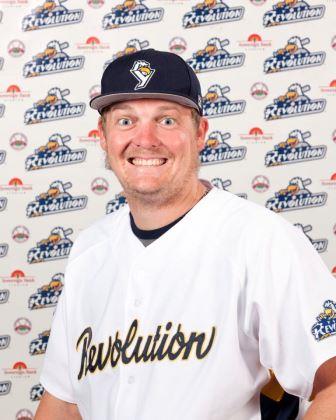 The York Revolution is proud to announce that Ian Thomas, a member of the 2012 Revolution, has made the Atlanta Braves 25-man roster out of Spring Training. The sixth-year pro will make his Major League debut for Atlanta out of the bullpen. The news was confirmed by Diakon Baseball Group, Thomas’s representation.

Thomas, 26, becomes the fifth former Revolution player to reach the Major Leagues, the fourth straight pitcher of that group, and will be the second former Rev to make his MLB debut (LHP Scott Rice, 2013 Mets).

END_OF_DOCUMENT_TOKEN_TO_BE_REPLACED

MLB Spring Training has reached its final week, and plenty of former Revs are still vying for roster spots, in either the Majors or Triple-A.  A veteran player who played in York last season, who shall remain nameless, told me when he reported “the reputation is that if you want to get signed and get back to the big leagues, the place to go is either York or Long Island in the Atlantic League.”  THAT is not a statement to take lightly.  The update:

END_OF_DOCUMENT_TOKEN_TO_BE_REPLACED

While the York Revolution still retain his Atlantic League rights, and he and the organization have agreed to a contract, starting pitcher Shawn Hill has been signed by the Toronto Blue Jays for the third time in his career.  The transaction comes just two days after he agreed to a contract with York on March 21.

Hopefully Hill will at least make Toronto’s Triple-A club in Buffalo out of what’s left of spring training, but if there isn’t a spot for him when camp breaks, he very well could be back with the Revolution shortly.  Turning 33 on April 28, Hill has shown no indication he is leaning toward retirement yet.  Upon agreeing to a return to York, Hill had been throwing for MLB scouts, and as it turns out the Canadian’s home-Provence organization was intrigued enough to take a flyer on him.

END_OF_DOCUMENT_TOKEN_TO_BE_REPLACED

Revs ramp up the roster with four big signings

Shawn Hill returns to the Revs rotation where he dazzled with five scoreless starts in 2012, making it back to the Majors that season.

Back in January when we learned former Revolution (’12) left-hander Ian Thomas was ticketed for Major League Spring Training by the Atlanta Braves despite having no experience above Double-A, we figured by late March he’d be re-assigned to minor league camp, and would spend the season slinging for Triple-A Gwinnett with a late-season call-up possible.  After excelling at Double-A as both a starter and reliever, a return to Mississippi seemed unlikely.

As it turns out, we may have undersold Thomas, and well a Triple-A roster spot is still likely, he is still in Major League camp with the Braves and is one of three lefties vying for the final southpaw spot in the Atlanta bullpen.  Regardless of where he begins the year, it’s clear Thomas is knocking on the big league door, and is now the front-runner to be the fifth player in Revolution history to reach the Majors after playing with York.

Thomas, who spent three stellar seasons with the Winnipeg Goldeyes before starting the 2012 season in York before the Braves signed him that May, spoke to Scott Taylor of the Winnipeg front office for this piece about his time in Braves spring training.  As of this posting, Thomas has pitched in six big league exhibition games for the Braves, striking out 11 in 6.1 innings, holding opponents to a .217 average against.  Read the Winnipeg column, it’s good.

We first saw the news from York Dispatch Revolution beat reporter John Walk, that the MLB comeback bid of 40-year-old Brett Tomko has life, after he agreed to a minor league contract with the Kansas City Royals.

Tomko of course made 19 starts for the Revolution last year before cutting his season short, to enroll in Royals scout school, while stopping short of using the word “retirement.”  It turns out Tomko, who pitched in 14 Major League seasons for the Reds, Mariners, Padres, Cardinals, Giants, Dodgers, Padres again, Royals, Padres a third time, Yankees, A’s and Rangers, was not ready to hang it up just yet after 19 professional seasons overall and will get a second go-round with Kansas City as a player before he becomes a scout.  After the 1999 season, he was one of the key players in the Cincinnati-Seattle deal that sent Ken Griffey Jr. from the Mariners to the Reds.

While the odds may be long at a big league return at his age, if Tomko can earn a spot with Triple-A Omaha, who knows.  He’s beaten long odds before; his most recent MLB time with Texas in 2011 came after a debilitating nerve injury in his pitching arm with Oakland in 2009, while starting and winning his 100th Major League game.

Tomko is also one of a handful of players profiled in-depth in best-selling author John Feinstein’s new book about Triple-A baseball, Where Nobody Knows Your Name which chronicles the 2012 season.

All-Star southpaw Chris Cody is returning to the York Revolution for a fourth season, while the club has also acquired right-handed reliever Ian Durham in a pair of moves announced by manager Mark Mason.  The signings bring York’s preseason total to 16 players under contract with the first spring camp workout just one month away.

END_OF_DOCUMENT_TOKEN_TO_BE_REPLACED 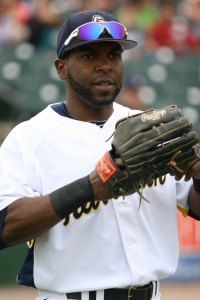 The York Revolution have announced three more signings for the upcoming season, inking returning slugger Johan Limonta, catcher Alberto Espinosa, and right-handed pitcher Wes Roemer.  The signings were made official today by manager Mark Mason.  York now has 14 players under contract for the 2014 season with the start of the team’s spring training camp just over a month away. END_OF_DOCUMENT_TOKEN_TO_BE_REPLACED