An electric atmosphere at sold out Estadio Antonio Herrera Gutierrez in Lara, Venezuela where they’re packed in to watch Ryan Feierabend, Joe Thurston, Johan Limonta, and the rest of the Cardenales!

I was going to title this post “Winter Ball Update, November 6 Edition”, but how often do we get to call it Election Day Edition?

Anyway, what do we do when baseball season ends in the United States?  Wait for April.

What do the players do?  Play winter ball.

We’re already approaching the one-month mark for three of the four Caribbean Winter League seasons, so this is as good of a time as any to check in on how our guys are doing where the weather is warm.

The bulk of Revs representation seems to have flocked to Venezuela, widely regarded as one of the top offseason leagues, and many of our guys are with Cardenales de Lara.  If you’re a Revs fan and need a Winter League team to root for, this is probably the one, with three Revs who ended the season with York all teammates on the same club.  Ryan Feierabend has been an ace for Cardenales, sporting a 1.96 ERA through four starts despite no record.  Johan Limonta has been one of their top hitters batting .333, and Joe Thurston has picked up the pace the last few days, now hitting .224.  Both have one home run to their credit as well.

Cardenales de Lara are my team!

Our Revs are leading Cardenales’ charge toward the top of the standings, and after back-to-back wins, at 11-8, they sit in second place, just 1.5 games out of first in a tightly-bunched race.  They’ve got a nice homefield advantage as well, having won seven of nine at Estadio Antonio Herrera Gutierrez.

They even have their own DownTown… sort of.

In a twist of 2012 irony, the team they’re chasing, first place Aguilas de Zulia, has Atlantic League Pitcher of the Year Dwayne Pollok (Lancaster) in their rotation. 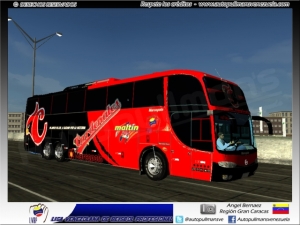 I suppose this means they even have their own bus.

The Cardenales have another York connection in former Orioles pitcher Chris Jakubauskas… Mark Mason managed him in the Frontier League in 2005.  And another member of the rotation is former Blue Crab Jarrett Grube, who also does not have a decision, but owns a 1.65 ERA through four starts.  Grube has pitched in the Mariners organization the last three seasons. 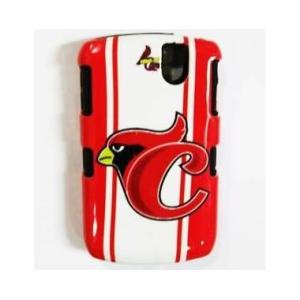 Might have to order one of these team-pride phone cases.

Just half a game behind the Venezuela Revs in the standings sit the Navegantes del Magallanes, and what a showdown that promises to be when they meet, with Chris Nowak (.333 3/7 in 15 games) in the middle of their order.  All he does is hit… when he’s not proposing one-sided fantasy football trades to me.  Yeah, I said it.

Nowak’s teammate is former York outfielder Erold Andrus who’s hitting .333.  He has other teammates too, but Andrus’ name stood out.

One other stop of interest in Venezuela… Tigres de Aragua, where Ramon Castro is hitting .286 in 16 games.  Former big league All-Star and Atlantic Leaguer Edgardo Alfonzo is hitting .370, two days before his 39th birthday.  Lefty Justin Hampson is 1-0 with a 2.45 ERA in four appearances in relief.  Hampson, who pitched with York in 2010, made it back to the majors with the New York Mets this past season.  Another familiar name on the team is former Bridgeport righty Esteban Yan.

Sources tell me that Revs All-Star Andres Perez will be surfacing in the Mexican League soon.  In the meantime, guys who are already there include R.J. Rodriguez who is pitching for Algodoneros de Guasave.  He’s a teammate of Lancaster reliever Beau Vaughan, who is operating as closer for Guasave.  Also from York’s bullpen, Mike Benacka, who joined the Revs in September for the playoff run, has three saves for Aguilas de Mexicali.

Major League veteran Marlon Byrd, now 35 years old and coming off a 50-game suspension for PEDs this season, is leading the league in batting with a .405 average.  The power-lead belongs to one-time Atlantic Leaguer Cory Aldridge, who played for Newark in 2008 before appearing in five big league games for the Angels in 2010.  His 11 home runs and 22 RBI are tops in the league to this point.  Both are playing for Tomateros de Culiacan.  And yes, their team is called the Tomatoes.

Our pal Lorenzo Barcelo is going strong once again, leading the league in strikeouts (19) and innings pitched (21.1).  He is 1-1 with a 2.53 through four starts for Aguilas Cibaenas, with just one walk and 19 strikeouts.  He’s a teammate of Bartolo Colon, Somerset lefty Roy Merritt, Sugar Land lefty Dustin Richardson, Lancaster second baseman Gilberto Mejia, and Miguel Tejada.

York alum Scott Rice couldn’t have been too far away from a Major League call-up with the Dodgers this season.  His year continues with Estrellas de Oriente, where he’s allowed two runs in four innings over seven relief appearances.  Omar Javier (York ’12) is a teammate of his, and he’s allowed one run in two innings so far.  Also on their staff is lefty Rommie Lewis of Bridgeport, an All-Star reliever in the Atlantic League this past season, who is topping the DR in wins with three victories in just eight relief appearances.

A couple of other players with York ties popped up on the roster of Toros del Este, where Salvador Paniagua and Yunior Novoa are teammates once again, having appeared in two games and one game so far respectively.

Other names that caught my eye… Vladimir Guerrero is playing for Tigres del Licey, the Yankees of the DR if you will, and Pedro Feliz is with Leones del Escogido.

Opening Day is this Thursday.  Carolina at Mayaguez, Manati at Caguas, and Santurce at Ponce are the big matchups on the slate.

Atlantic League names (and some other names) on these rosters:

Not to be forgotten, there is baseball in Australia at this time of year.  That’s where Travis Scott was last winter, and their league is just getting started.

Perusing those rosters, Butch Hobson’s son, K.C., a first base prospect with Toronto, is 6-for-10 with two homers at the plate for the Canberra Cavalry.  Camden’s Brian Burgamy is also on their roster, but listed as “reassigned”, not active.  Former Long Island closer Bubbie Buzachero and Camden starter Kevin Reese are with the Melbourne Aces.  Southern Maryland’s Matthew Vasquez and Al Bumbry’s son Steve, an Orioles farmhand, are with the Perth Heat.  Former Somerset pitcher Chris Oxspring, an Australia native, is listed as both an active pitcher and pitching coach for the Sydney Blue Sox.

This entry was posted on November 6, 2012 by blogtoblogchamps. It was filed under Atlantic League News, Miscellaneous, Player News .